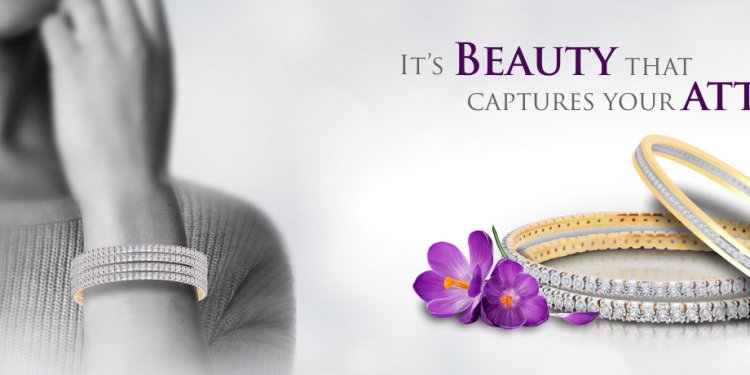 Nirav Modi, 45, is soft spoken and understated, much like his jewelry designs. Sitting in his upscale New Delhi store, surrounded by his celestial diamond creations, the Wharton school dropout tells CNBC about how he rose to fame as a designer by learning from his family business - even though he doesn't know how to draw.

A passion for diamonds and an understanding of luxury helped Nirav Modi create a successful jewelry company in the space of just five years. Pieces designed by him have been worn by international celebrities including Kate Winslet and Aishwarya Rai.

"I travel a lot, I get inspired and I give a narrative, an emotion, to my designers who sketch, " says Modi. "Then the engineers figure out how to make it."

A necklace made by Nirav Modi on display on October 31, 2011 Dubai.

Modi started his company, Firestar Diamond, a multinational diamond and jewelry firm in Mumbai in 1999. It has a turnover of close to $2 billion. Modi's own net worth, according to Forbes, is at $1.6 billion in 2016.

Coming from a family of diamond merchants, Modi grew up in Antwerp, on of the world's hub for diamond trading. His father would regale him and his three siblings with "diamond stories" over dinner. While these were fascinating, Nirav never wanted to join the family business. He went to Wharton School, University of Pennsylvania, where he studied Japanese and finance, but after a year decided to quit.

"It was a great high for my parents when I got in, and let's say it was not such a high when I dropped out, " laughs Modi, who as a 19-year-old decided he was going to India to work; a country that was alien to him even though he is of Indian origin. This was in the early 1990s when the Indian economy was yet to see reforms and its potential as a market was still unknown to most of the world.

He began work with his maternal uncle in Mumbai, who was diversifying from diamond trading to jewelry manufacturing. Modi jumped into a business, in which his father and grandfather were veterans, as a novice.

He worked 12 hours a day six-and-a-half days a week for 3, 500 rupees ($52) a month, all the time learning the tricks of the trade and harboring dreams of starting out on his own. Ten years later, after amassing 50 million rupees in savings - he clarifies that he never borrowed from family - and cashing his equity investments, Modi had enough seed money to start Firestar with 15 people.

It just takes one big idea

He began selling parcels of polished diamonds (90 percent of the world's diamonds are cut in India) to jewelry manufacturers and wholesalers in the U.S. and U.K., but Modi soon realized he had to do something different to stay afloat.

That's when he got his first big idea. His clients would buy parcels of assorted diamonds from him and then sort them according to size, colour and shape to fit in with their jewelry requirements. This would take 30 days to do and in the end there would also be wastage - about 15-20 percent.

Modi offered to do the sorting out for his clients, saving them time and money as the cost of doing business in India was cheaper.

"It was not a glamorous thing, incredibly detail-oriented work, nobody was doing it, or wanted to do this, " Modi said.

He then moved up the value chain and started contract manufacturing of jewelry for U.S. clients who would in turn sell to retailers. After a year he realized the market was declining as the Indians and Chinese were bypassing the wholesalers and manufacturers to sell directly to retailers. Modi decided to talk to his largest client in the U.S., a company seven times his size, and offered to buy him out.

"This required chutzpah, there had never been an Indian takeover in the U.S., " recalls Modi, who took a year and a half to convince jewelry manufacturer Frederick Goldman to sell out. The deal was finally done in 2005 for about $25 million. Two years later Modi bought another U.S. company, Sandberg & Sikorski, owners of the 120-year-old luxury bridal jewelry brand A.Jaffe, for $50 million.

Cashing in on tough times

By the time the 2008 global financial crisis hit, Modi was in a fortunate position; he had a company that was vertically integrated thanks to his timely acquisitions and with a "lot of cash reserves."

"It was the end of the world according to many but for us it was a time to buy, we bought all these diamonds at very cheap prices, " says Modi who also went on another expansion binge.

Already the owner of offices in Mumbai and New York, he invested in offices in Johannesburg, Russia, Armenia, Dubai and Antwerp. It was at this time that a friend asked him to design a pair of earrings for her. After months of persuasion, Modi relented and his friend "simply loved them." This is when the penny dropped. Modi decided instead of flipping all these amazing diamonds he had sourced, why not start a jewelry line?

So work began on starting a luxury jewelry brand by 2010. The best of the craftsmen and designers from his large jewelry manufacturing business were moved to the Nirav Modi workshop in Mumbai.

"We had a very old diamond from a royal family of Golconda and lots of these pink diamonds bought at a time when no one was buying. So we decided to create a modern jewel out of it for our launch."

But destiny had other plans.

Global auction house Christie's got wind of what was happening and convinced Modi to let them have his necklace for their Hong Kong auction, and in return they put his creation on the cover of their catalog. This was a huge first as only historical brands with 100 years behind then were normally given this privilege.

"Nobody knew me…zero, " says Modi. The Golconda Necklace sold for $3.5 million and made headlines and overnight Nirav Modi became a sought after jewelry designer. Today his creations are often sold at international auctions.

"Nirav has a great sense of luxury, more than me. The next real big luxury brand will come from China or India, " says Mehul Choksi, the managing director of the Gitanjali group, one of India's largest diamond companies. He is also the proud uncle who gave Modi his first break.

Like his uncle, Modi too has high expectations of himself. By 2025 he wants to be counted among the top five jewelry brands in the world. In the same league as Cartier and Tiffany. He plans to have 100 stores worldwide in less than 10 years, from five at the moment.

"The luxury world, and not just jewelry, is an Anglo-Saxon world. We want to be Asia's first luxury brand, " Modi tells CNBC.